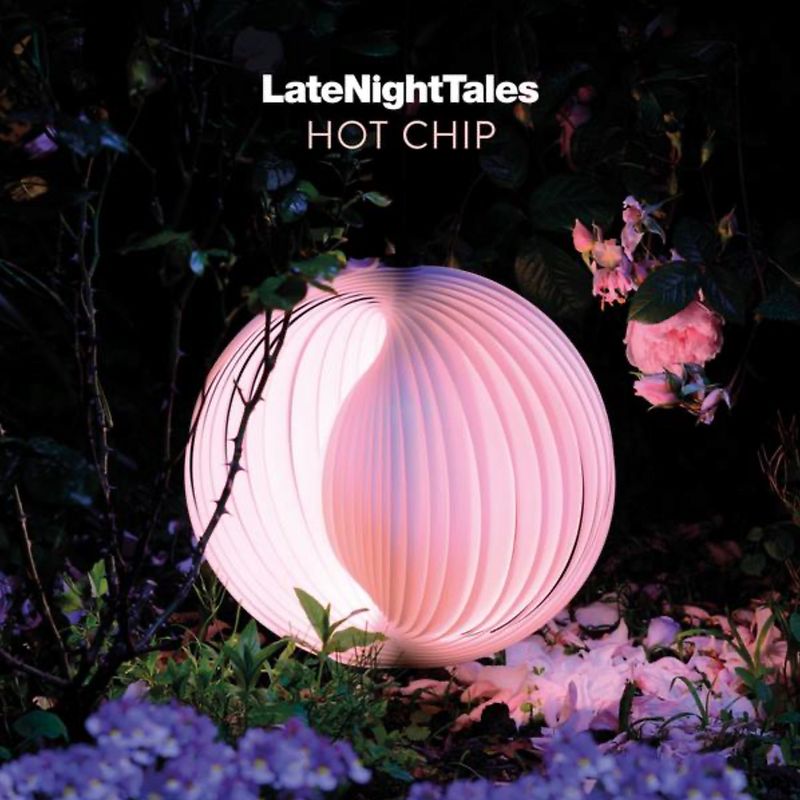 A unique, personal collection that is both euphoric and melancholic
€ 26,95

Along with featuring new music from the band, they have selected music from some of the most engaging artists of the 21st century, taking in pulsating electronic rhythms, hypnotic grooves and leftfield ambience.

Spearheaded by founders Alexis Taylor and Joe Goddard, Hot Chip are one of the UK’s most interesting and much-loved acts. Since releasing their debut album ‘Coming On Strong’ in 2004, they have received a Grammy Award nomination (‘Ready for the Floor’) and Mercury Prize nomination (‘The Warning’) and their seventh studio album, last year’s ‘A Bath Full of Ecstasy,’ received rave reviews across the globe from both critics and fans.

A unique, personal collection that is both euphoric and melancholic.

“I think we all had slightly different understandings of what a Late Night Tales compilation might consist of; varying interpretations of the brief. For some the mix might be what you’d want to listen to as your late night continues, after a night out. For others maybe it suggested a selection of music for listening to as you drift off to sleep; then again it could just be music evocative of night time, or concerned with its traditionally ‘darker’ moods,” says Taylor.

Hot Chip’s ‘LateNightTales’ opens with the simplistic beauty of Christina Vantzou’s ‘At Dawn,’ before morphing in to the first of four exclusive tracks from the band - the floating, transcendent ‘Nothing’s Changed’, before Rhythm & Sound ft. Cornell Campbell serve up the heavy dub classic, ‘King In My Empire’.

The journey continues with Pale Blue’s ‘Have You Passed Through This Night’, a silky, cold wave disco track, while Suzanne Kraft’s ‘Femme Cosmic’ and Fever Ray’s ‘To The Moon and Back’ provide squelchy synth-pop. Furthermore, the punchy ‘Much To Touch’ from Bolton-born, Berlin based producer Planningtorock and an ethereal cover of Velvet Underground’s ‘Candy Says’ by our hosts add an element of displacement and detachment.

Elsewhere, other highlights include an appearance from synth-pop auteur Kaitlyn Aurelia Smith with ‘Who I Am & Why I Am Where’ and new material from Alexis’ ‘other’ band, the improv-mavens About Group, along with the adventurous ‘Workaround Two’ from electronic experimentalist Beatrice Dillon and German composer, Nils Frahm’s beautifully evocative ‘Ode’. But it is left to Alexis’ father to have the final word, with an elegant excerpt from the daring ‘Finnegans Wake’ by James Joyce. “We’ve put together a mix of music which ties all of these ideas together and represents some of our favourite music new and old, some of it directly influential on Hot Chip and some of it music we have discovered and loved, been surprised by and connected to.

There are three new songs of ours which we’re really proud of, and which I think connect naturally with the nocturnal world the compilation speaks of, and a cover of ‘Candy Says’ which is one of the first songs the very early version of Hot Chip played when we were still at school,” says Taylor.

The LateNightTales series was established back in 2001 with Fila Brazilia taking to the controls and mixing up the first of what would continue to be the first choice of music connoisseurs worldwide. Since then, the series has seen releases from the likes of The Flaming Lips, Floating Points, David Holmes, Bonobo, Jon Hopkins, Röyksopp and many more.

04 Pale Blue - Have You Passed Through This

10 Matthew Bourne - Somewhere I Have