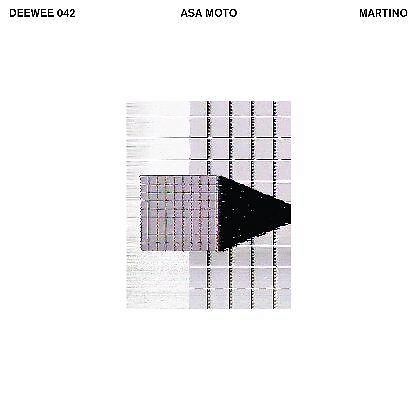 B SIDE : 1. MISSING TEETH 2. VELEDA 3. IN MY BODY SHORT INFORMATION

Closely affiliated with famed Soulwax imprint, DEEWEE, the Belgian duo’s recorded offerings carefully juxtapose expert synth-work with aesthetic imperfection. Charming melodies and throbbing rhythms come courtesy of archaic tone generators and acoustic instrumentation alike, landing Asa Moto in a zone of confident sonic idiosyncrasy. Their studio prowess has hardly gone unnoticed and during their breakout year of 2018, Resident Advisor, Redbull and the BBC were quick to take note of the group’s steady ascent. Via their ever-changing live performances, Asa Moto have become regular fixtures on the European touring circuit, touching down for club nights and festival appearances across the continent. As astute selectors, they operate a bi-monthly radio show in Brussels, digging into their sprawling collection, ranging from obscure jazz records to contemporary electronic cuts. Asa Moto have re-adapted their unmistakable strain of body music into a live show, which premiered on the Mainstage of the Lokerse Feesten 2019 and at the 40th anniversary of Ancienne Belgique in Brussels. In 2020, they co-produced and mixed the Turkish band, Altin Gün album ‘Yol’ marking the first time that the ban