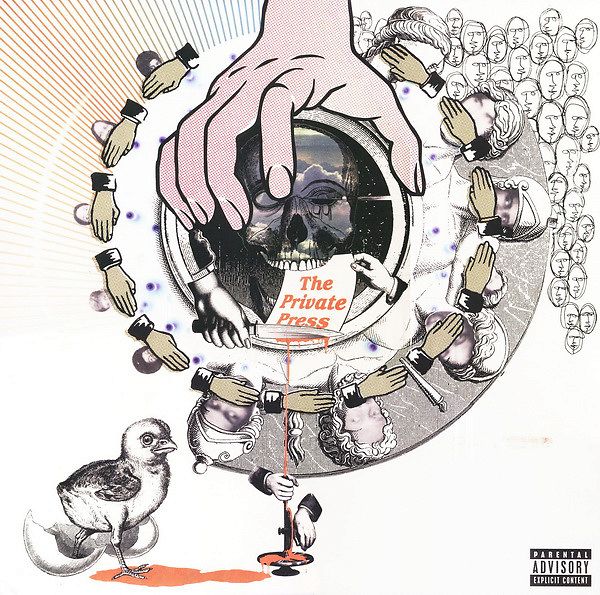 One of the most underrated follow-ups of all time? Private Press is DJ Shadow’s second album release (if you don’t include UNKLE, which he does) and the follow-up to the breakout Endtroducing. The Private Press marks the first time that Shadow had to confront intense scrutinization of his music, which affected him profoundly.

Though not as celebrated as Endtroducing, The Private Press certainly contains some of his best songs. “Walkie Talkie” and “You Can’t Go Home Again” remain fan favorites, while Shadow has said that “Six Days” is the closest he has ever come to realizing the potential in his music.

The scarcest permutation of the album by far is the initial CD promo sent out by MCA featuring a “private press” style image of Shadow on the cover.
The commercial CD was released both in normal format and as a limited expanded package containing a bonus disc with the “Pushing Buttons” routine. The UK version contained a bonus track, “Giving Up The Ghost (Original Version.)” There was also a “CD wallet” style promo CD in the UK.
Of particular note is the European add-on CD (pictured above,) which came included with the album in France. It contains “Six Days (Bad Company Mix)” and “Right Thing/GDMFSOB (Tokio Ghetto Tech Remix.)”