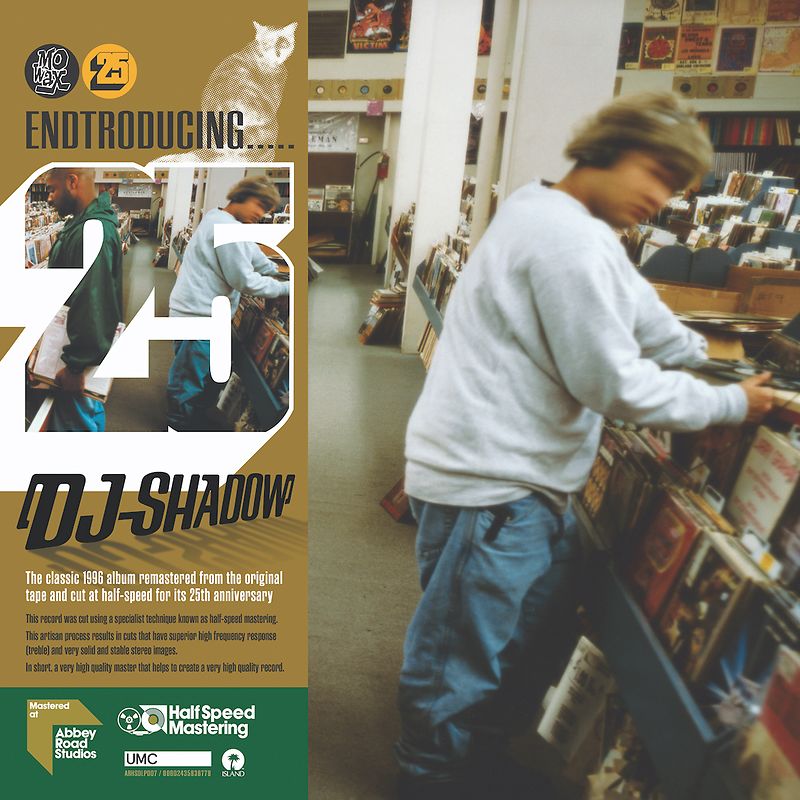 DJ Shadow is reissuing his seminal album Endtroducing in a 25th anniversary edition, via Island Records this September.

A seminal, incredibly influential hip hop release Endtroducing is simply one of the defining albums of the 90s. It is famously also the first record ever made entirely from samples of other people’s records – with a particularly broad array of sources used, many mined from the catacomblike basement under the artist’s favourite record store in Sacramento, which has long since closed its doors...