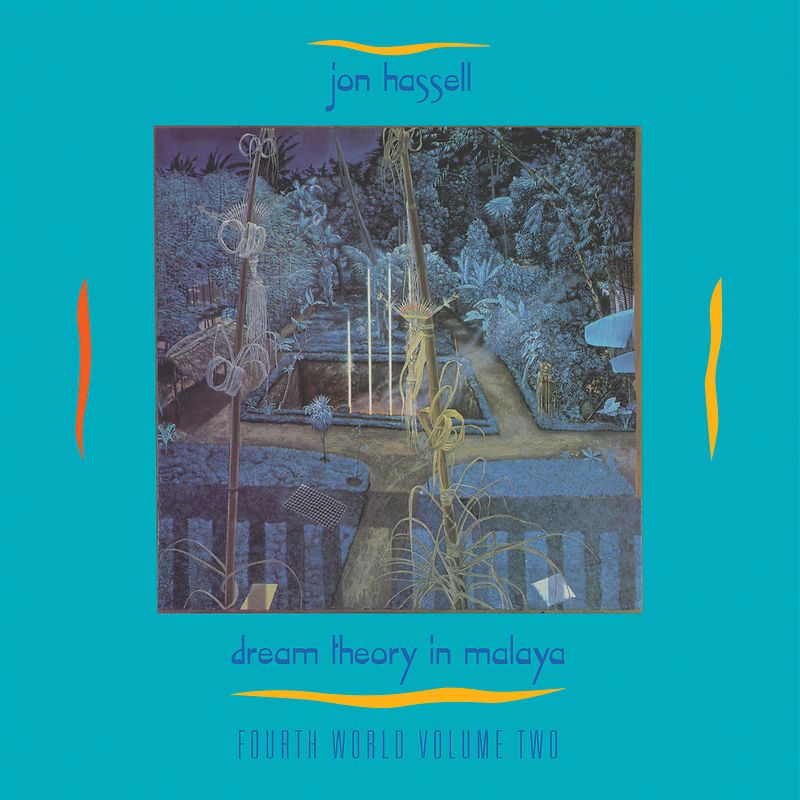 Jon Hassell’s entrancing Dream Theory In Malaya (Fourth World Volume Two) - the follow-up to his seminal Fourth World Vol.1 Possible Musics featuring Brian Eno - sees a much needed reissue, now expanded with a bonus track and available on any format for the first time since the early ‘90s.  Recorded at Bob and Daniel Lanois’s Toronto studio in 1981, Dream Theory In Malaya (Fourth World Volume Two) was titled after and inspired by a paper from visionary anthropologist Kilton Stewart, whose visits to a remote tribe, the Senoi of the Malay highlands, revealed a connection between their happiness and well-being and the tribe’s morning ritual practice of family dream-telling; sharing with each other and discussing the events of their previous night’s dreams, which they would also relay to other tribes in a process of mutual education and enlightenment. Using this knowledge, plus samples of water-drumming by a tribe from the same region, the Semelai, and his patented, processed trumpet and electronics, Hassell created a definitively solo follow-up to his work with Eno, although as he points out in the liner notes, other personnel such as the Velvet Underground’s 1st drummer, Walter DeMaria also feature. It all revolves around the central, 10 minute Malay, where a choir of his signature, warbling harmonics scat and flit over the sound of sloshing water drumming, cut-up and processed with soft gong hits in the kind of rhythms which Autechre would reprise algorithmically many years later. Either side of Malay is a series of lush postcards which come alive in your hands, ears, from the agitated fanfare of Chor Moiré to the lissom, plasmic regaling of Dream Theory’s bowl gongs and diffused hoots, thru  mind-melting display of hypercoloured harmonic plumage in Datu Bintung At Jelong.  The only, beautiful, difference between the original pressing and this is the ending. Instead of passing out with the deftly genteel romance of Gift Of Fire, it’s now extended by inclusion of bonus track Ordinary Mind, relaying 3 minutes of windswept chants and glinting, liquid drumming that perfectly animates and articulates Hassell’s dream. Highly recommended!