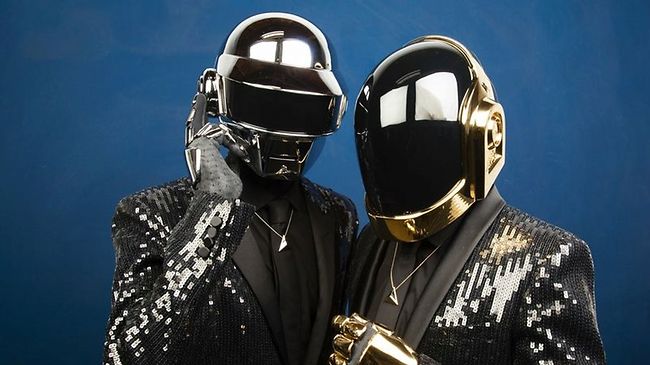 Daft Punk are a French electronic music duo formed in Paris by Guy-Manuel de Homem-Christo and Thomas Bangalter. In the late 90s to early 2000s they had great success by combining elements of house music with funk, techno, disco, rock and synthpop. For almost all public appearances they would wear their now 'iconic' Robot Hands & Helmets to uphold their 'robot personas'. The duo rarely grant interviews or appear on television.

The name 'Daft Punk' was picked up by Guy-Manuel & Thomas after their first musical project 'Darling', a cover band they created while in high school with another friend named Lycée Carnot,  got a negative review in a British newspaper calling it 'Daft punky trash'.  Bangalter & de Homem-Christo found this review rather amusing than devastating. They disbanded the band, Carnot left to pursue his own musical career while the others started experimenting with synths & drummachines.  Not long after that Daft Punk was formed.