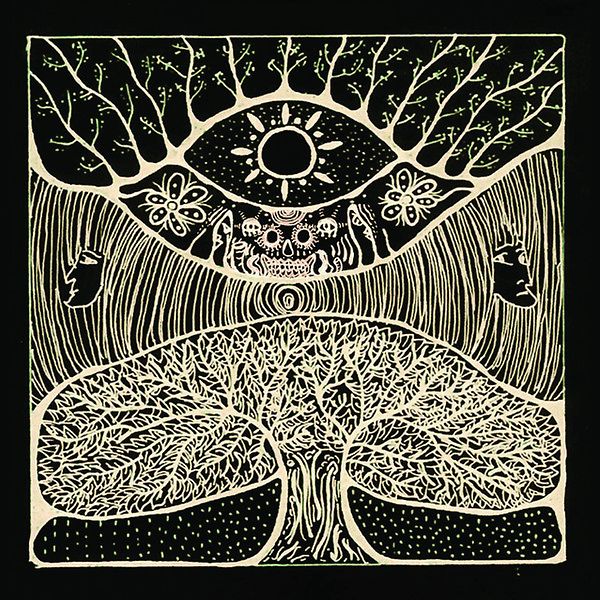 Kikagaku Moyo are a Japanese psychedelic band from Tokyo. The band's name translates to "geometric patterns.

The band was formed by Go Kurosawa (drums/vocals) and Tomo Katsurada (guitar/vocals) in the summer of 2012. Their early days were spent busking on the streets of Tokyo as a free music collective. A more permanent lineup was reached when Daoud (guitar) joined and they met Kotsu Guy (bass) while he was recording vending machines for his noise project. Go's brother Ryu (Sitar) joined upon returning to Tokyo after studying Sitar in Kolkata, India under the prestigious Manilal Nag. Their Self-titled record was released on August 20, 2013 by Cosmic Eye/Sound Effect records based in Greece.

Their second LP "Forest of Lost Children" was released on May 20, 2014 by Beyond Beyond is Beyond Records based in Brooklyn, New York. They toured the U.S. in April 2014 in support of the record with appearances at Desert Daze Austin Psych Fest[6] Due to high demand their S/T record was reissued on Cassette tape by Burger Records and a new tape by the name of "Mammatus Clouds" was released on the eclectic Sky Lantern Records[8] in Tucson, Arizona. "Mammatus Clouds" was pressed onto 12" LP by both Cardinal Fuzz Records (UK) and Captcha Records (US) in June 2014. The band continued to tour throughout 2014 and made their first appearance in the UK that October selling out several shows in London.

In 2015 the band toured extensively through Europe with appearances at Eindhoven Psych Lab and Duna Jam. Members of the band also started the record label Guruguru brain in 2015 to showcase the unique music scene in East Asia.