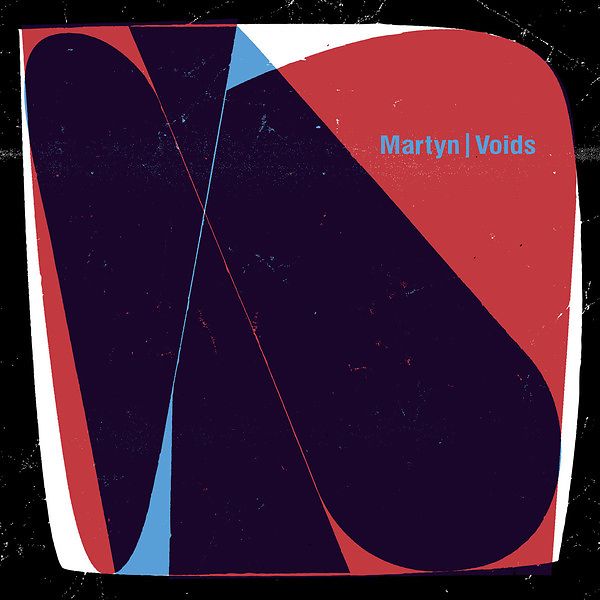 It’s also a highly personal take on forging new paths forward in genres where the Berghain/Panorama Bar resident has long been known for his production wizardry and innovation: post-dubstep and UK garage. Voids is roughly split between these musical foundations, recontextualized with elements of Nyabinghi, drum ‘n‘ bass, and gqom to form snarling, bass-driven hybrids. The direction was hinted at last November on his GL Outtakes – reworks of his landmark 2009 album Great Lengths. In contrast however, Voids is also an attempt to work through personal trauma and loss, including the passing of close friend and fellow producer Marcus Intalex aka Trevino, to whom the track “Manchester” is dedicated. The sound of Voids is big and unapologetically rough around the edges. It is music as therapy, drawing on the healing elements of music past, but is far from retrospective. Indeed, Martyn is no stranger to electronic futurism, as his numerous solo productions for Ostgut Ton, Dolly, Hyperdub, Brainfeeder, Ninja Tune, Warp and his own 3024 label (run together with visual collaborator Jeroen Erosie) have shown. On Voids, however, these futuristic sonic qualities coalesce into something darker, more biographical and untethered from expectations. “Woken by the spirits of a new life dawning.” – The Spaceape