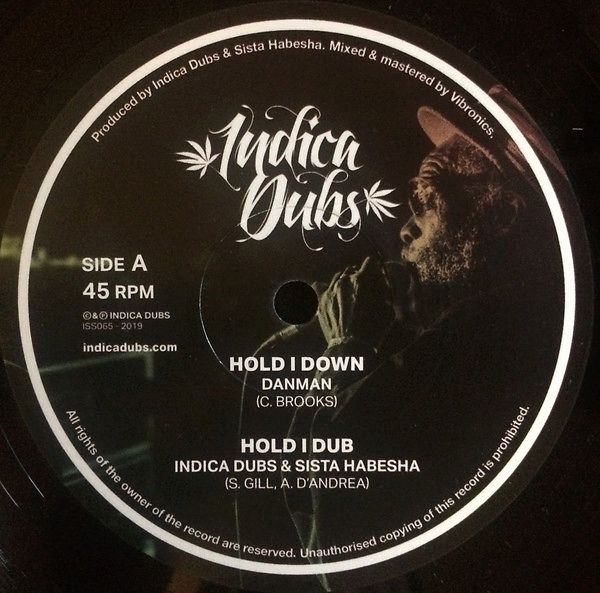 ‘Hold I Down’ was recorded after an incident that took place 10 months ago whereby some people almost succeeded to hold me down. This was the first song that Danman and me put together. “Dem a try, dem a try, dem a try, to Hold I Down, oh Jah will never let them, no matter how hard they try, they will never succeed.” This song has been played by Jah Shaka, Aba Shanti-I, and other sound systems.

This is the first-ever musical collaboration between Indica Dubs & Sista Habesha (Habeshaites, based in Italy). It was long overdue that a collaboration came about! Mixed and mastered by Vibronics; resulting in a powerful heavyweight warm sound, with all things we like in dub!

‘Faithful Dub’ is also the first-ever collaboration between Indica Dubs and Tiberias Towa, also based in Italy. The riddim was built together a few years ago and played as dubplate by King Shiloh since then. Finally, the time has now come for the track to surface for release! ‘Faithful Dub’ is a steppers instrumental on the Side B of the 10”, with an uplifting drum and bass section from Indica Dubs, backed by Tiberias Towa with his cutting-synth digital style melodies and mixes.

Photos and graphics by Yaneva Santana.