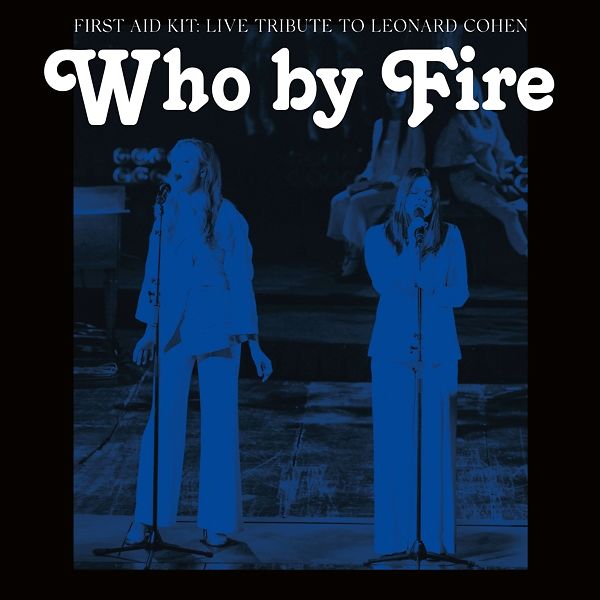 a theatrical staging of Leonard Cohen’s songs, poems, and letters!
€ 32,95

Performed across two nights at the Royal Dramaten Theatre in Stockholm in March of 2017, Who by Fire is a theatrical staging of Leonard Cohen’s songs, poems, and letters. Conceived and anchored by First Aid Kit, the band are joined by an array of guest artists, two actors, an 8 person band and strings, and on two songs a 20+ person choir. Klara and Johanna, longtime fans and greatly inspired by Leonard Cohen, were deeply saddened by his passing in November of 2016; they decided to stage this production as a tribute to him.

An incredibly ambitious undertaking, they selected and sequenced all of the material performed, and collaborated with the theatre and their music director to stage and orchestrate the show. Who by Fire was originally aired by SVT (Swedish National Public TV Broadcaster) and received rave reviews for its two show run. It has yet to be performed again nor had the audio been released, until now. First Aid Kit are thrilled to be sharing the live audio from this unique and special show in November of 2020.

Who by Fire is released on 2LP colored vinyl including a two sided foldout poster.