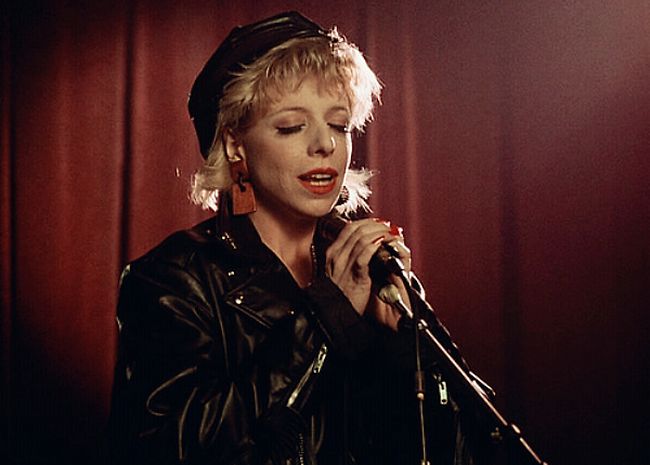 Julee A. Cruise (born December 1, 1956, Creston, Iowa) is an American singer, songwriter, actress and musician best known for her collaborations with composer Angelo Badalamenti and film director David Lynch in the late 1980s and early 1990s. She has released four albums and collaborated with a variety of other artists. She is best known for her song "Falling", the theme song for the television series Twin Peaks. She is married to author and editor Edward Grinnan.