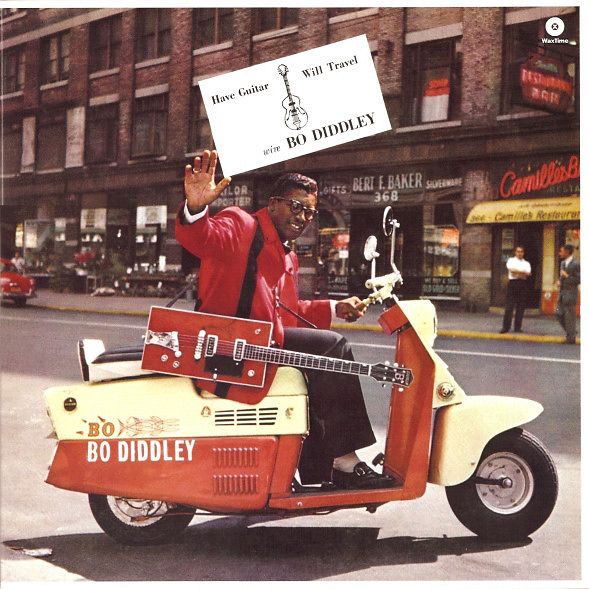 He only had a few hits in the 1950s and early '60s, but as Bo Diddley sang, "You Can't Judge a Book by Its Cover." You can't judge an artist by his chart success, either, and Diddley produced greater and more influential music than all but a handful of the best early rockers. The Bo Diddley beat -- bomp, ba-bomp-bomp, bomp-bomp -- is one of rock & roll's bedrock rhythms, showing up in the work of Buddy Holly, The Rolling Stones etc. Diddley's hypnotic rhythmic attack and declamatory, boasting vocals stretched back as far as Africa for their roots, and looked as far into the future as rap. His trademark otherworldly vibrating, fuzzy guitar style did much to expand the instrument's power and range. But even more important,  Bo's bounce was fun and irresistibly rocking, with a wisecracking, jiving tone that epitomized rock & roll at its most humorously outlandish and freewheeling.