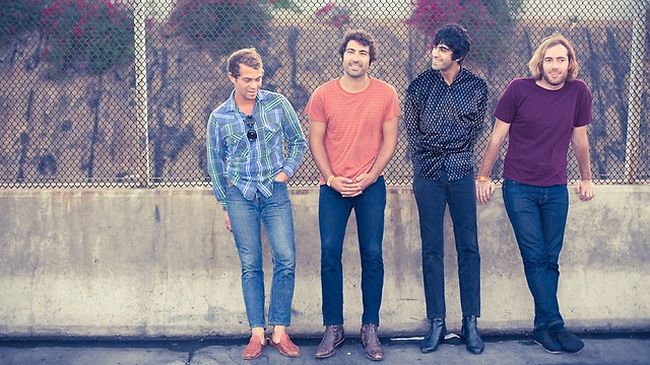 Allah-Las are an American rock band from Los Angeles, California. The band consists of Miles Michaud, Matthew Correia, Spencer Dunham and Pedrum Siadatian. Three of the four bandmembers were working in the L.A. branch of the legendary record store Amoeba when the group formed in 2008, and they must have spent a great deal of time researching the garage and psychedelic sounds of the '60s while propping up the counter. The band's sound combines the harmonies and pop hooks of the British Invasion, the trippy atmosphere of West Coast psychedelic groups, and the raw swagger of American garage rockers.