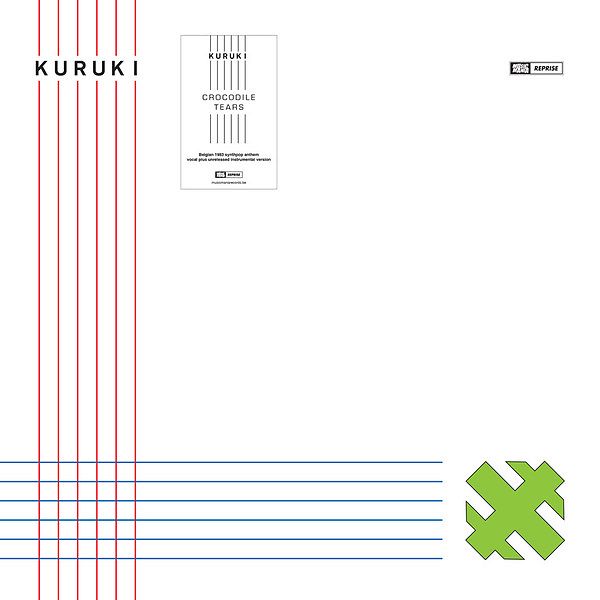 Music Mania is proud to present the next instalment in their Reprise series. Following the highly sought after classic ‘Elle et Moi’ (MMR001), comes the  blissful Belgian synth pop anthem ‘Crocodile Tears’ (MMR002). The track was one of the first singles of Kuruki, the minimal wave project spearheaded by Ghent-based musician Gerry D'Haeyer and Alain Bureau (Sally Joy). In an age of electronic sequenced experimentation, the band managed to find a distinctive sound that easily puts them between the likes of Telex.

The original ep ‘Such A Liar’ was released in 1981 and clearly echoes the new wave of its time. The scenes described by vocalist Sally Joy as well as the melancholic keys of the main track ‘Crocodile Tears’ breathe tristesse. Nevertheless, it has a playful sound full of catchy synths. A dualism between such beauty and melancholy: this track was undeniably made in Belgium in the eighties, but should also appeal to lovers of Italo Disco.

Be aware: for their second reprise Music Mania managed to include an exclusive instrumental version of this Belgitude. Even more synths for your listening pleasure.

“Crocodile Tears”, will be out on RSD 21th of April 2018. Brought to you by Music Mania Reprise, the sub label of Music Mania Records.