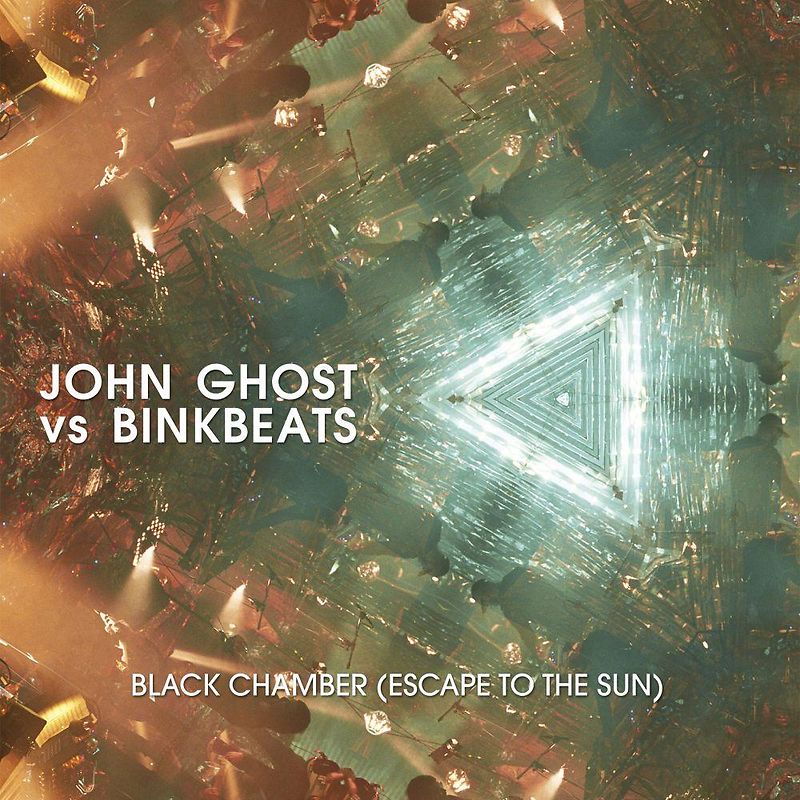 Fresh collab with Binkbeats and Prins Thomas remix on the flip!
€ 12,95

'Black Chamber (Escape to the Sun)', out on Sdban Ultra, is the brand new single by John Ghost. The Belgian band had been toying around with the idea of collaborating with a different artist for some time, and decided to join forces with Frank Wienk aka Binkbeats for this track. This Dutch producer, percussionist and multi-instrumentalist previously remixed tracks by Aphex Twin, Flying Lotus and Atoms For Peace.

Norwegian producer Jørgen Træen, well-known from his earlier collaborations with Jaga Jazzist, Kaizers Orchestra, the Hubro-label and Sondre Lerche, signed on as co-producer and took care of the final mix and mastering of 'Black Chamber (Escape to the Sun)'. Træen was also the producer of Airships Are Organisms, the internationally lauded second album by John Ghost. 'Black Chamber (Escape to the Sun)' is reminiscent of that album's cinematic themes and dreamy musical atmosphere, but has a more straightforward pop-direction because of Binkbeats' contribution. The rhythmic approach is characteristic of the Dutch percussionist, while the composition's dark sounds interact with frivolous elements in a striking way.

The B-side has the track 'Airships Are Organisms' from the latest John Ghost album in a Prins Thomas remix. One of Norway's most renowned musical exports, Prins Thomas has fashioned a fresh direction for dance music. As with his peers Todd Terje, Hans-Peter Lindstrom, and some of the city's legendary characters like the mysterious DJ Strangefruit, he has the very laid-back nature of his Oslo residence to thank for encouraging his path, one that has created a global ongoing fascination with retro-futurism and cosmic oddities.