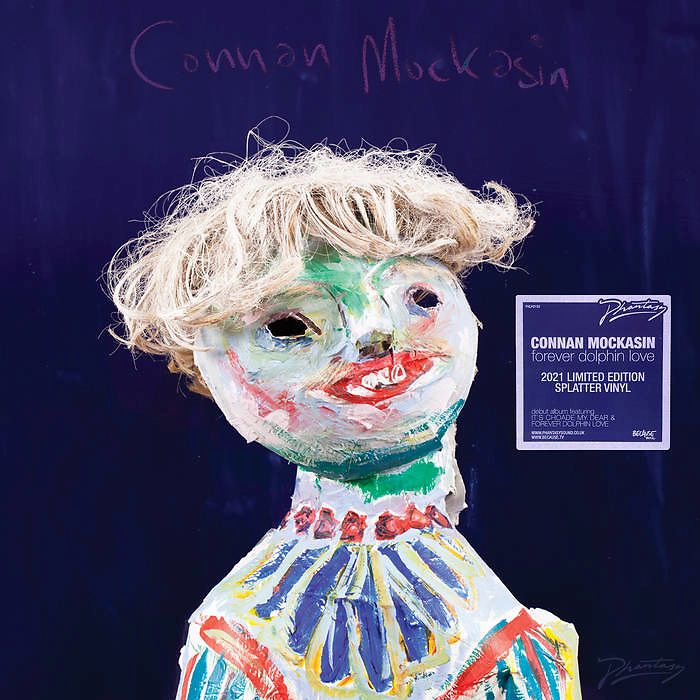 "Dolphin glides casually through song and snippet, its construction almost elliptical, its effect amniotic. As such, its highlights seem to emerge after-the-fact, burrowing in while it's on and bubbling up later. Mockasin's a more ambitious songwriter than his sleepy demeanor would sometimes suggest, though-- the epic unravel of his tracks are proof enough of that. Ultimately, the ever-unraveling, mind-submerged Forever Dolphin Love reveals itself to be the work of a guy who's sounding small but dreaming big." - Pitchfork

"It's been exactly a decade since Connan Mockasin's classic album, 'Forever Dolphin Love' was released as the first album on Phantasy. As such, this record holds huge significance for the label, evolving us beyond the singles of our first few years and into a full musical world that we truly believed in.

Part of our ethos is that music and the physical format should be affordable and accessible, so after seeing 'Forever Dolphin Love' sell for over £100 a copy on the second hand market, and given the occasion, we're delighted to announce a re-press of Mockasin's beguiling debut on limited-edition splatter vinyl."