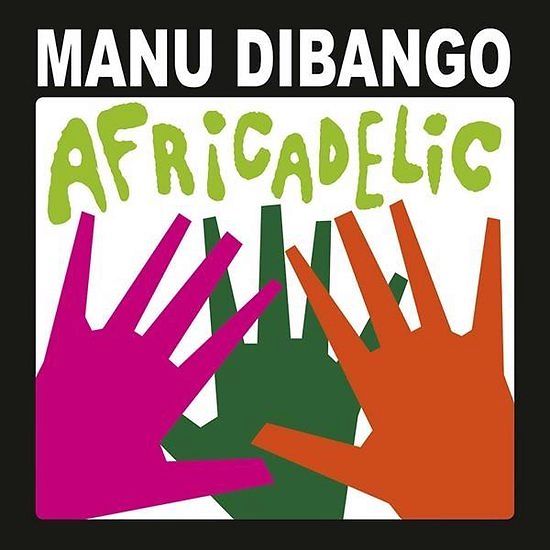 a driving mix of Afro soul, funk, and jazz, with an undercurrent of Latin percussion throughout...
€ 21,95

The strange and majestic musical beast that is Africadelic was Dibango's follow-up to Soul Makossa (1972), but it was initially released on Louis Delacour's library music label, Mondiaphone, before Soul Makossa became an international phenomenon. As a Mondiaphone release, it was aimed at television and film producers seeking atmospheric background music, so the original titles are simply "Theme No 1," "Theme No 2," etc., with corresponding rhythmic notations such as "3/4 Africain," "Afro Beat 12/8," and "Medium Soul Beat," though once "Soul Makossa" hit the stratosphere, subsequent reissues bore actual song titles.

In any case, the album is simply wonderful, a driving mix of Afro soul, funk, and jazz, with an undercurrent of Latin percussion throughout, given further shades by rock guitar and soul organ, as heard on "African Battle" and the title track; opener "Soul Fiesta" builds dramatic percussive tension before Dibango drops a killer vibraphone riff, while "African Carnival" makes the most of the full horn section, Dibango's sax soloing giving room for complex polyrhythmic percussion breaks. "Oriental Sunset" has beautiful vibraphone from Dibango too, as well as a thrilling flute melody, "Monkey Beat" and "Wa Wa" are funky soul struts and "Percussion Storm" has the band marching off into the African sunset as Dibango unleashes another killer vibraphone melody. Listening back to the album now, it is hard to believe that the whole shebang was written in a couple of days and committed to tape within the space of a week, but that is all more testimony to the greatness of Manu Dibango, one of African music's true pioneers.