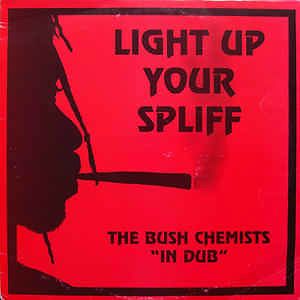 Music Mania and Indica Dubs is proud to present the third release in their Mania Dub series. Following the classic ‘Almighty Dub’ (MD001) and ‘Rastafari’ (MD002) comes another of the UK Dub scene’s most renowned producers; The Bush Chemists, with one of their most popular anthems from 1996: Light Up Your Spliff.

Douglas Wardrop began creating music using a 4-track recorded in 1989, before forming The Bush Chemists in 1993 with Paul Davey and Culture Freeman.

The main track Light Up Your Spliff (also the LP name) has broken into the commercial world and has been used by many leading companies for their commercials, most recently by Supreme; who are worldwide known for skating and clothing. The rest of the LP consists of vocal tracks followed by instrumental tracks, these are the leading tracks which shaped the UK Dub scene into what it is today.

The master tracks have been provided by Douglas Wardrop for us to endure the original sound!

Beware: loaded with heavyweight roaring basslines, unstoppable echoes, mystical reverbs and phasers. All special Dub effects that will make you get up and dance!