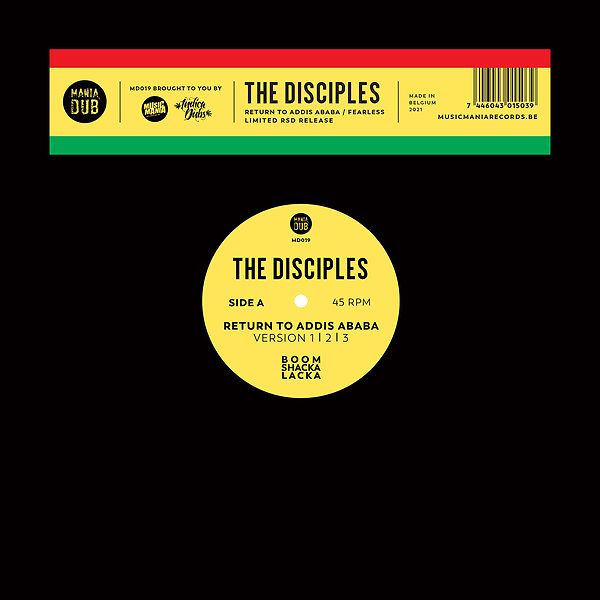 One of the most iconic UK Dub anthems ever, played by all the big sounds through the years!
€ 12,95

Music Mania and Indica Dubs is proud to present their nineteenth collaborative-release in their Mania Dub series. The Disciples were formed in 1986 by brothers Russ and Lol. Together they played a significant role in the UK dub scene and produced some of the most distinctive instrumental dub music in that era, which shows significant influence in today’s dub and electronic music. They were given the name by Jah Shaka, after producing exclusively for him.

"Return To Addis Ababa" is a heavyweight 90's production and one of the most iconic UK Dub anthems ever! Originally released on Boom Shacka Lacka, it now finally get's a reissue/remaster for RSD 2021 on Mania Dub! Played by all the big sounds through the years: Jah Shaka, King Shiloh, Aba Shanti, Iration Steppas, ….. serious piece of soundsystem & UK-dub history!