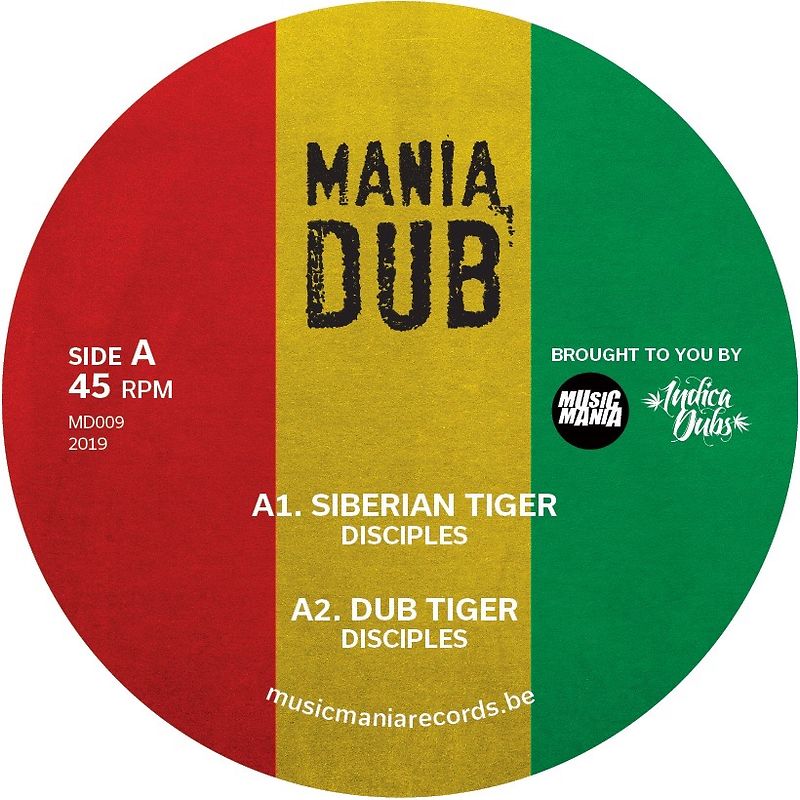 Music Mania and Indica Dubs is proud to present their ninth collaborative-release in their Mania Dub series. The Disciples were formed in 1986 by brothers Russ and Lol. Together they played a significant role in the UK Dub scene and produced some of the most distinctive instrumental Dub music in that era, which shows significant influence in today’s Dub music. They were given the name by Jah Shaka, after producing exclusively for him.

A side : Siberian Tiger, this was recorded in the early 00s and since then it’s been kept as an exclusive dubplate. Played strictly by a small handful of sound systems since.

AA side: Ease Up was recorded in the early 90s. This tune was played notoriously by the legendary sound system; Jah Shaka. In a live session recording from the early 90s, approximately at 6am in the session you can hear the crowds shouting "one more please". You can imagine the vibes in those early days when Shaka plays this one and the place erupts!