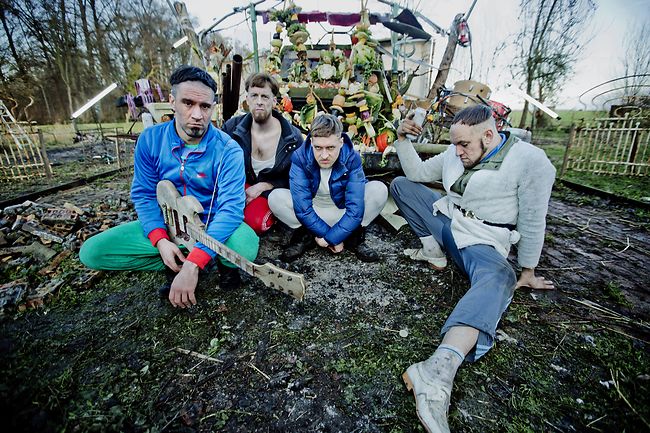 Consisting of members from Kapitan Korsakov, Waldorf and Tomàn.

After a few concerts they've already earned the reputation of being the most dangerous live band in the country, Raketkanon blows, spits and blasts everything and everyone on its way to shreds. Safety shoes, helmet and bulletproof vest are no luxury at a Raketkanon show!

Their debut album RKTKTN # 1 (2012) is a combination of everything that hurts the ears. Think of the sludge sound of Melvins, the experimental drift of Tomahawk or the chaotic psychedelics of Butthole Surfers. The album was received extremely well, confirmed by Humo, among others. MotherLoveMusic Music Magazine and De Standaard also have nothing but praising words about their shows at De Centrale and Pukkelpop.

For the recordings of their second full-length RKTKN # 2 (2015), the group managed to catch none other than Steve Albini. In the past this legendary producer was responsible for albums by Nirvana, PJ Harvey, The Jesus Lizard and The Pixies. After a break, RAKETKANON is back with their third album RKTKN # 3 where they experiment how far they can drive their noise rock.