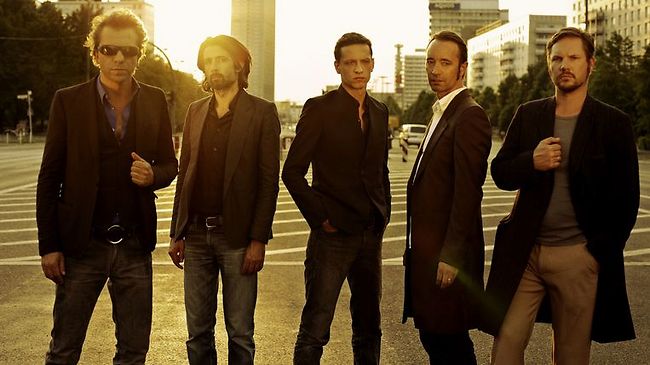 Deus (styled as dEUS) is a rock band based in Antwerp, Belgium, whose only continuous members up to the present day are Tom Barman (vocals, guitars) and Klaas Janzoons (keyboards, violin). The rest of the band's line-up currently consists of drummer Stéphane Misseghers, bassist Alan Gevaert, and guitarist/backing vocalist Bruno De Groote.

The name dEUS came from a song by The Sugarcubes and, on a Belpop documentary, was revealed that Tom Barman wanted the name of the band to relate in some way to God, being one of the names considered The Godmothers. dEUS means God in Latin and still means God in some languages as in, for example, Portuguese. As for the reversed capitals Tom Barman revealed that it was that way just to look better, as he didn’t like the graphic appearance of the name correctly written.