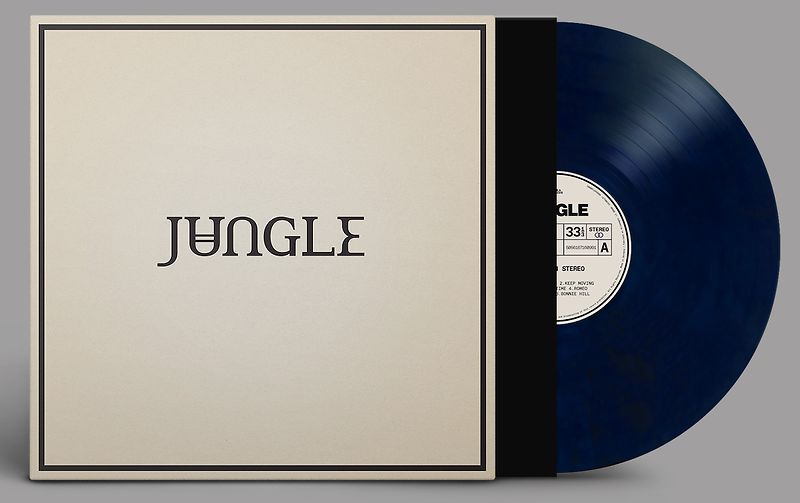 NOTE: this is DARK blue marble vinyl .... it looks like it's almost black, but when you hold it up to the light (a strong light-source), the 'dark blue marble' will show up!

Jungle has announced their third album Loving In Stereo. To push the LP, they have released the first single “Keep Moving” along with a music video.

"Massive amounts of love to everyone who helped out making this a reality. Such an incredible cast and crew! We couldn’t do it without you! We hope you enjoy it!?"

The album’s themes are about new beginnings, new love and fighting back against the odds. “When we write music there’s hope,” adds Lloyd-Watson. “Maybe today we’ll create something that influences people and changes the way they feel. If you can make something that lifts people, that’s an amazing feeling.” The album comes with features from Bas & Priya Ragu, the first time that they have had feature collaborations.