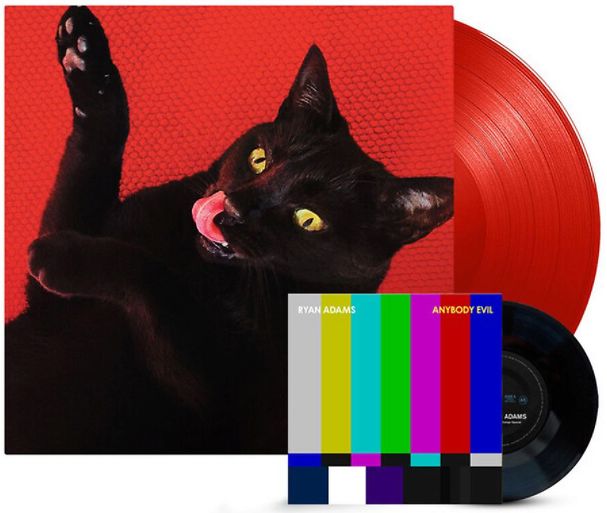 Ryan Adams will finaly release his album 'Big Colours', the second album in his current trilogy. The album will be available as an exclusive red coloured vinyl, including a 7” with 2 bonustracks.

Ryan Adams in his own words about the record: “Big Colors is the soundtrack to a movie from 1984 that exists only in my soul. It’s a cliché inside a watercolor painting of neon blue smoke rising up off summer streets in the night. It’s the most New York California album I could cut loose from my musical soul, and for me as both a guitar player and songwriter, this is the zenith point dream time. While I won’t be able to match this album for its depth and broad color forms in the future, this is the sound of my soul and a door to a place I’ll be returning to again. The treasures in our past are the shamanic visions of the future when the destination is dream zone 3000. This is that. I’m only dreaming in Big Colors now.”

‘Big Colors’ was written and produced in New York and Los Angeles by Ryan Adams, Beatriz Artola en Don Was.