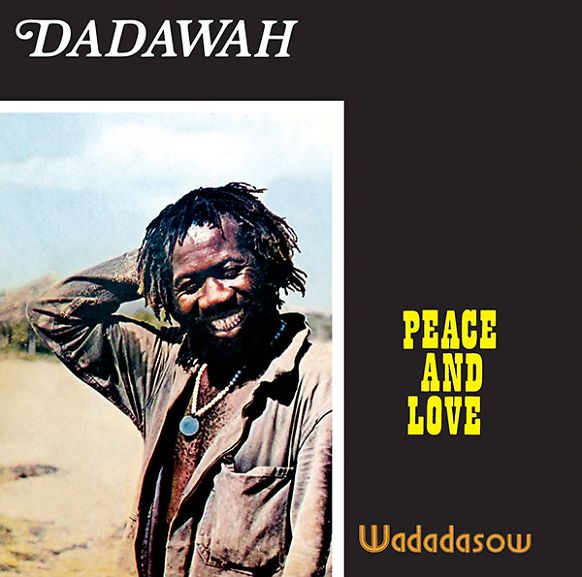 “Peace and Love” was Dadawah’s debut and remains his only album released under this artist name. It is a dark but deeply spiritual reggae LP (originally released in 1974 on Wild Flower) that shares hymns of Rastafarian love, nationality, and hope.

Michael George Henry (aka Ras Michael and, for this lone release, Dadawah) was born in 1943 in Saint Mary Parish, in northeastern Jamaica. Henry was raised in a Rastafari community when the religious movement was still in its infancy and marginalized within Jamaica. It was there that he began performing Nyahbinghi, the Rastafarian devotional music that combines the influences of African drumming and Black gospel.

Henry found himself in Kingston in the late 1950s where he worked for Coxsone Dodd at the legendary Studio One. By 1968, he had formed the group Sons of Negus and the first overtly Rasta record label, Zion Disc. As Rasta filtered into the mainstream, Henry released more music including albums for Trojan, Dynamic and Grounation labels.