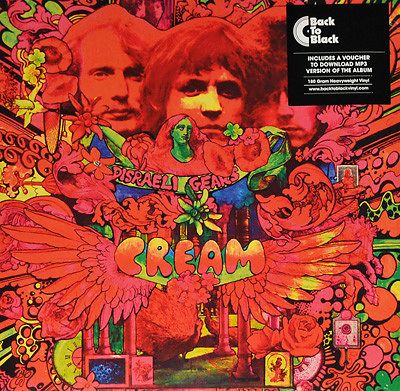 Disraeli Gears is the second studio album by Cream. It was released in November 1967 and went on to reach No. 5 on the UK Albums Chart. It was also the group's American breakthrough, becoming a massive seller in 1968, and reaching No. 4 on the American charts. The album was No. 1 for two weeks on the Australian album chart and was listed as the No. 1 album of 1968 by Cash Box in the year-end album chart in the United States. The album features the two singles "Strange Brew" and "Sunshine of Your Love".