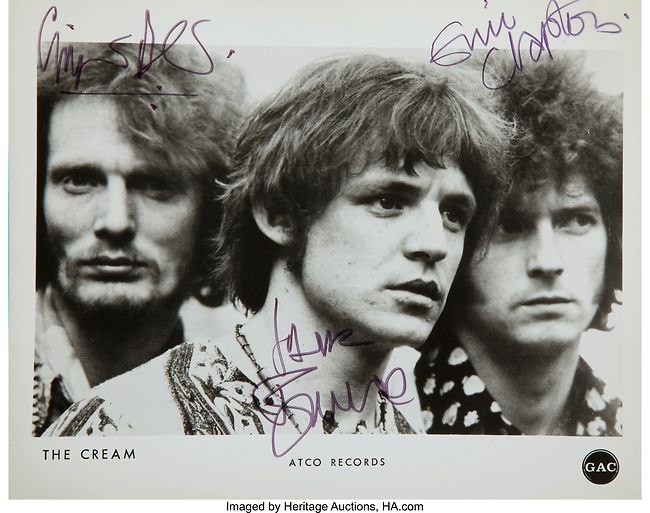 Cream were a British rock band formed in London in 1966.

Formed from members of previously successful bands, they are widely regarded as the world's first supergroup.

Cream were highly regarded for the instrumental proficiency of each of their members.

Tensions between Bruce and Baker led to their decision in May 1968 to break up,