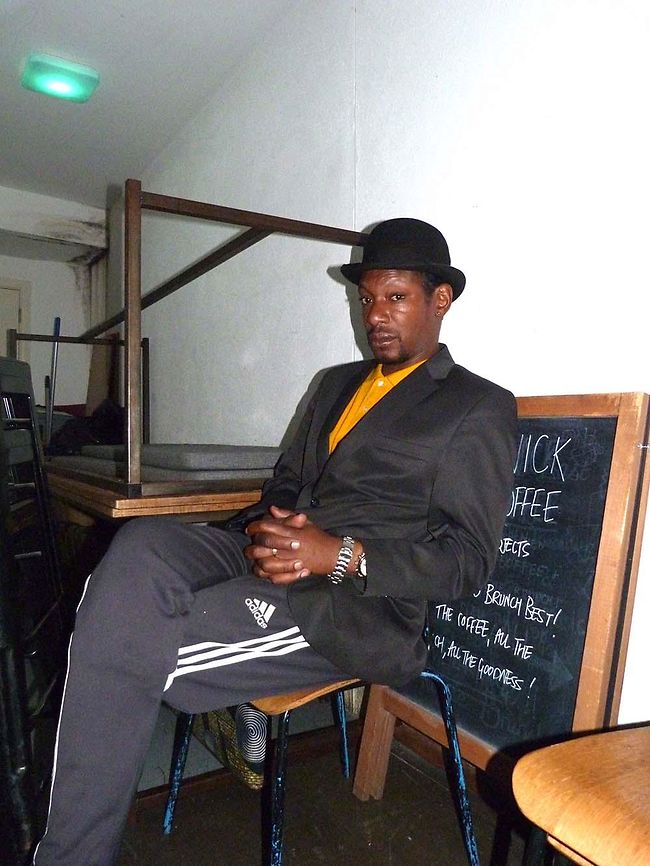 Rodney Hylton Smith, better known by his stage name Roots Manuva, is an English rapper and producer. Smith grew up around Stockwell, London, England. His parents were from a small village in Jamaica where his father was a preacher and tailor. He spent much of his early life in poverty and this and his strict Pentecostal upbringing had an influence on his music as can be heard in many of his tracks such as "Sinny Sin Sins" and "Colossal Insight".

Of his early discovery of music he says:

It was as a kid. Before I even knew what a sound system was. I was walking past Stockwell skateboard park and there was this sound being set up. They were probably just trying out their speakers. I was with my mum, holding my mum's hand. And I remember my mum being quite intimidated by the whole affair. Such a barrage of bass coming from it! And these dodgy-looking blokes standing beside it just admiring the sound of their bass. It's just a bass thing. A volume thing. I don't know if I rose-tint the memories, but I remember it sounded so good, so rich. It's not like today when we go to clubs and it hurts. It was more of a life-giving bass.