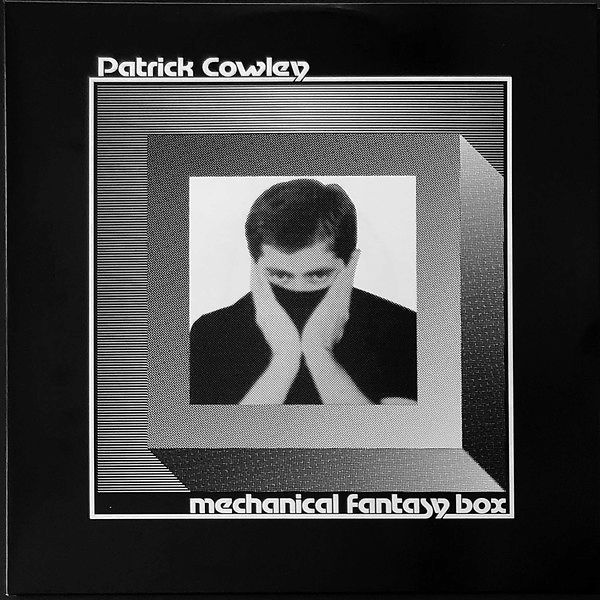 13 unreleased songs recorded between 1973-80, from funk to kraut to psychedelic ambient electronics.
€ 29,95

Patrick Cowley was one of the most revolutionary and influential figures in the canon of electronic dance music. Born in Buffalo, NY on October 19, 1950, Patrick moved to San Francisco in 1971 to study music at the City College of San Francisco.

By 1981, Patrick had released a string of his own dance 12″ singles, like “Menergy” and “Megatron Man”. He also co-founded Megatone Records, the label upon which he released his debut album, Megatron Man. Around this time Patrick was hospitalized and diagnosed with an unknown illness: that which would later be called AIDS. Throughout 1982, he composed two more Hi-NRG hits, “Do You Wanna Funk” for Sylvester, and “Right On Target” for Paul Parker, as well as a second solo album Mind Warp. His life was cut short on November 12, 1982, when he passed away 24 days after his 32nd birthday from AIDS-related illness.

Mechanical Fantasy Box is a new collection of 13 unreleased songs recorded between 1973-80 released in tandem with Cowley’s homoerotic journal of the same title. Featuring Patrick’s first electronic compositions in the Electronic Music Lab at CCSF when synthesizers were new technology to songs made at his semi-professional studio on Minna Street equipped with an Oberheim DS-2 digital sequencer. The sounds flows from funk to kraut to psychedelic ambient electronics inspired by Tomita and Krafterwerk.

As Maurice Tani wrote in the liner notes that accompany this release, “What you hold in your hand is a collection of Cowley's work from the years preceding his meteoric rise as a pioneer of Hi-NRG dance music. This was before drum machines. Before programmable, polyphonic digital synthesis. This was before “cutting edge”. This was experimental music in every sense.”

The vinyl comes housed in a black and white gatefold jacket designed by Gwenaël Rattke featuring a photograph by Susan Middleton and include an essay from music partner Maurice Tani and an 8.5x11 insert with notes.

Proceeds from Mechanical Fantasy Box will be donated to the San Francisco AIDS Foundation, who have been committed to ending the pandemic and human suffering caused by HIV since 1982.