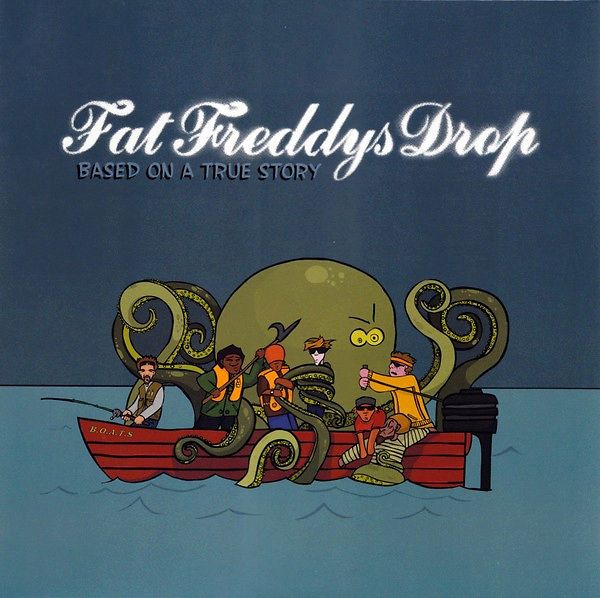 Based on a True Story was the first studio produced album by New Zealand group Fat Freddy's Drop. It was recorded in Wellington and released on the band's own label. Based on a True Story utilized the band's trademark dub, reggae, soul and funk influenced sound, and has been successful both in terms of sales and of critical reception. The album followed years of regular touring within New Zealand, a live album, several singles, and appearances on numerous compilation albums in New Zealand and internationally.

Whilst the track listing named previously successful singles such as "Hope" and "This Room", these songs were in fact rerecorded in entirely new versions for the album. Based on a True Story has to date also spawned a highly successful single in its own right: Wandering Eye, which was awarded the prize for Best Music Video at the 2006 New Zealand Music Awards (18 October).

The album made an impact internationally as well. Listeners of Gilles Peterson's BBC Worldwide Program voted it as Album of the Year for 2005.