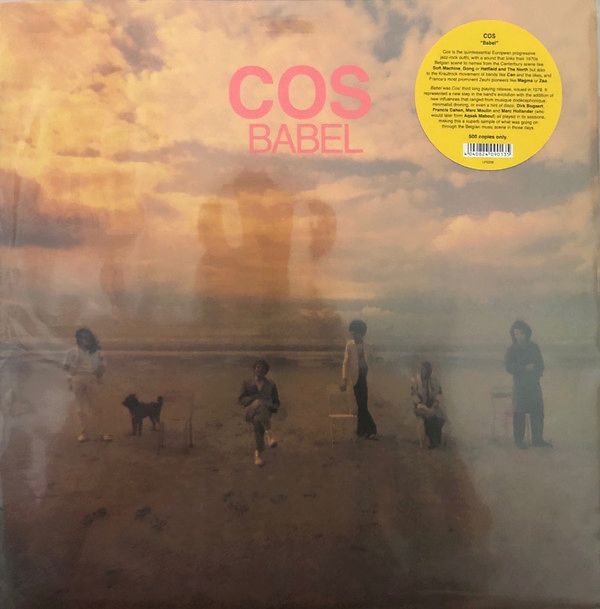 The origins of Cos date back to the second half of the sixties when Daniel Schell joined forces with Jean-Paul Musette, Pascale Son and Robert Pernet to form Classroom. When Classroom split, Daniel Schell and Pascale Son moved ahead and formed Cos together with Charles Loos, Alain Goutier and Bob Dartsch. They produced an experimental jazz rock sound linked to the influences above mentioned, but without being mere copycats since they always managed to keep to their own personality.

Babel was Cos' third long playing release, issued in 1978. It represented a new step in the band's evolution with the addition of new influences that ranged from musique dodécaphonique, minimalist droning, or even a hint of disco, without turning their backs to their earlier love for Canterbury sounds or more conventional jazz-rock. Dirk Bogaert, Francis Cahen and Marc Moulin all played in its sessions, making this a superb sample of what was going on through the Belgian music scene in those days.

The Wah Wah reissue comes housed in a beautiful reproduction of the original sleeve. Limited edition of 500 copies, licensed from and with the collaboration of Daniel Schell.