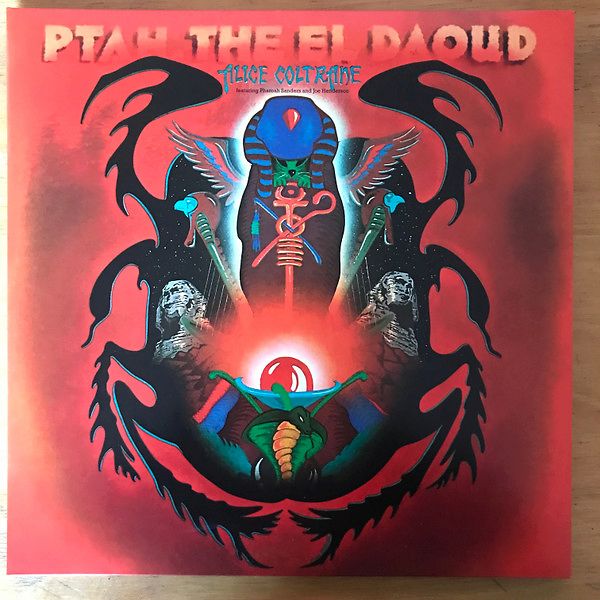 Ptah, the El Daoud, recorded and released in 1970, is the third solo album by Alice Coltrane. The album was recorded in the basement of her house in Dix Hills on Long Island, New York.

This was Coltrane's first album with horns. Pharoah Sanders is recorded on the right channel and Joe Henderson on the left channel throughout. Coltrane noted: "Joe Henderson is more on the intellectual side, while Pharoah is more abstract, more transcendental."

In a review for AllMusic, Stacia Proefrock called Ptah, the El Daoud "a truly great album", writing: "listeners who surrender themselves to it emerge on the other side of its 46 minutes transformed. From the purifying catharsis of the first moments of the title track to the last moments of 'Mantra,' with its disjointed piano dance and passionate ribbons of tenor cast out into the universe, the album resonates with beauty, clarity, and emotion... Overlooked and buried for years in obscurity, this album deserves to be embraced for the gem it is."