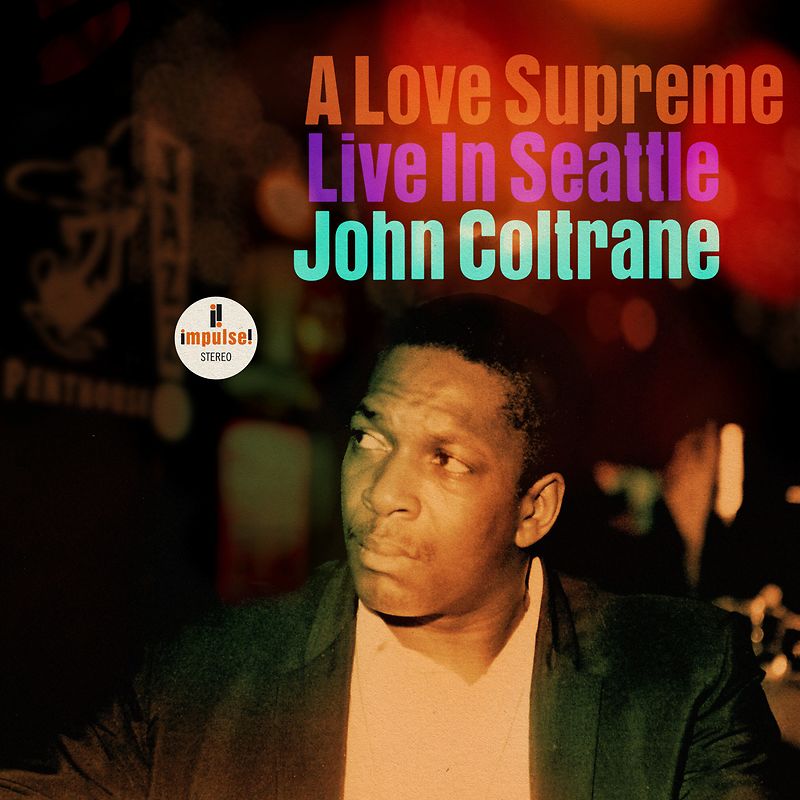 A full live version of Coltrane's most celebrated and one of the most beloved jazz albums ever...
€ 36,95

Despite being John Coltrane’s most celebrated album, and one of the most beloved jazz albums of all time, A Love Supreme wasn’t a record that the saxophonist touched on much in the live setting. Up until now, most Coltrane enthusiasts have only ever heard a single live performance of the literally divinely inspired four-movement suite that makes up the LP, taken from a July 1965 performance at a French festival and first released on a 2002 reissue. That will change in October, when Impulse! will issue another full live version of A Love Supreme, recorded in Seattle in October of ’65.

A Love Supreme: Live in Seattle features an expanded version of Coltrane’s so-called classic quartet, with saxophonist Pharoah Sanders and bassist Donald Rafael Garrett joining pianist McCoy Tyner, bassist Jimmy Garrison, and drummer Elvin Jones. Saxophonist Carlos Ward is heard sitting in as well. Recordings from earlier in the same Seattle run by the group — a six-night stand at the Penthouse — came out on 1971’s classic Live in Seattle LP. Recorded by saxophonist Joe Brazil, whose band shared the bill with Coltrane at these shows, the music heard on A Love Supreme: Live in Seattle remained in Brazil’s archives, mostly unheard, until a local saxophonist, Steve Griggs, discovered it in 2013 following Brazil’s death. The Seattle version runs to more than double the length of the original studio LP, with the opening movement cracking the 20-minute mark and the entire recording exceeding 75 minutes.