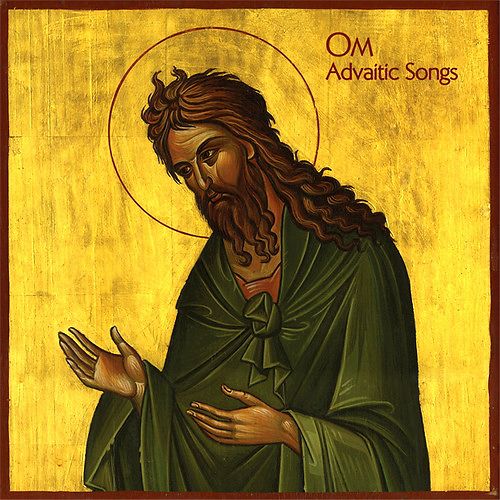 Advaitic Songs is the fifth studio album by the band Om, released on July 24, 2012. The album has received a generally favorable response from both fans and critics, though its reception was more mixed than past works. As with Pilgrimage and God Is Good, Advaitic Songs' album cover again visits Abrahamic Iconography. The cover of Advaitic Songs features an image of John the Baptist.

Om (sometimes stylized as OM) is an American exp metal drone doom band from San Francisco, California. Formed as a duo in 2003 by the rhythm section of the band Sleep, OM is currently a trio.

Released in a Digipak. Includes a 6 panel foldout insert with the lyrics.