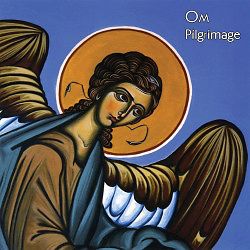 Pilgrimage is the third studio album by Om. It is the band's first release for the Southern Lord label. It was recorded at Electrical Audio by Steve Albini. It is the final studio album to feature Chris Hakius on drums.

Om (sometimes stylized as OM) is an American heavy metal band from San Francisco, California. Formed as a duo in 2003 by the rhythm section of the band Sleep, OM is currently a trio.