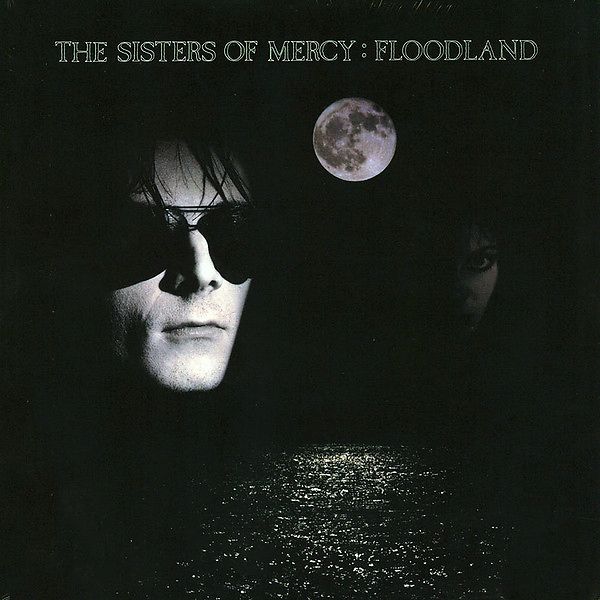 Floodland is the second studio album by English gothic rock band the Sisters of Mercy. It was released on 13 November 1987.

After the release of the band's debut album, First and Last and Always (1985), members Craig Adams and Wayne Hussey departed the band, leading to the band's disbandment. As a result, band frontman Andrew Eldritch formed a side project, The Sisterhood, and recorded new material with them. After his first album with the side project received poor sales and a negative reception, he went back to recording with the Sisters of Mercy, albeit still without Adams and Hussey. Sisterhood member Patricia Morrison became a part of the band as a result.

Eldritch called upon Larry Alexander and Jim Steinman to produce the album with him. Recording sessions began in Manhattan, New York during January 1987 at Power Station Studios. After the first sessions, the remainder of the album was recorded in England at Strawberry Studios in Manchester, The Wool Hall in Bath, and AIR Studios in London. Eldritch served as the vocalist and performed most of the instruments on all tracks, with Morrison performing bass on some tracks and the band's drum machine, "Doktor Avalanche", acting as the drum player. In contrast to First and Last and Always, Floodland was done in a less conventional way, with the album being pieced together on computers using sequencers.

Floodland had a positive commercial performance. It debuted in the United Kingdom at number 9. Its pre-orders assured it silver certification status from the BPI upon its release. In 1988, the album was certified gold by the BPI for selling 100,000 copies in the UK. The album also peaked within the top 40 in other European countries. The album was supported by three singles: "This Corrosion", "Dominion", and "Lucretia My Reflection". In the UK, "This Corrosion" peaked at number 7, "Dominion" peaked at number 13, and "Lucretia My Reflection" peaked at number 20. The song "1959" was also released as a radio single.

More by The Sisters Of Mercy