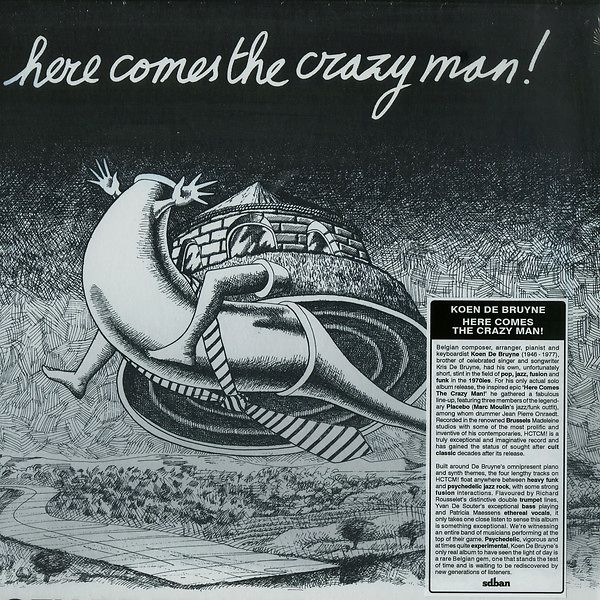 Jazz and ambient/electronic musician from Belgium. He was a prominent studio musician working for several pop artists in his home country like his brother Kris De Bruyne for example, as well as artists from abroad like funk band BLACK BLOOD and with Janko Nilovic (known for jazz library music) in a group called Mad Unity.

To his name he only has two records; Here Comes The Crazy Man! from 1974 is a keyboard heavy funky fusion record with exceptional sound because of the use of brass instruments and vocals by Patricia Maessen; could be compared in some degree to the also Belgian group Placebo. His other album is In Kluis, an experimental electronic soundtrack album for the movie 'In Kluis' by Jan Gruyaert.

Koen De Bruyne died in 1977 while he was producing Kris De Bruyne's Ballerina's album. The first song 'Oh Producer' on this record is dedicated to him.