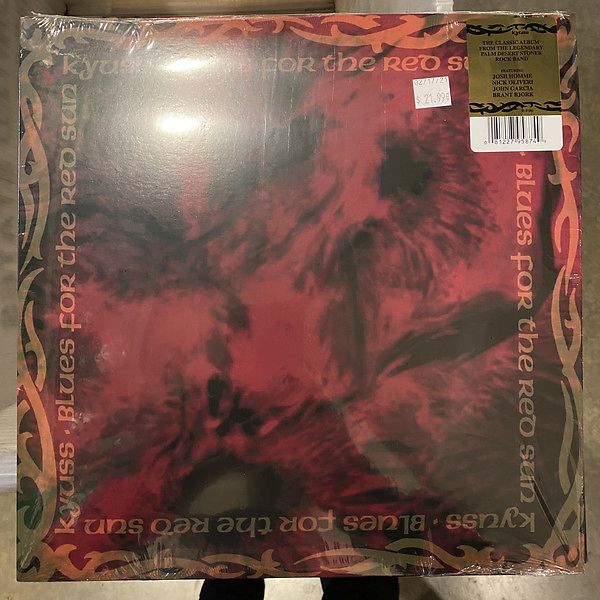 Hugely influential album, essential in any collection! A template for stoner desert rock!
€ 30,95

Hugely influential album, should find a place in any "decent" collection :-)! Absolute MANIA-ESSENTIAL & must have!

Blues for the Red Sun is the second studio album by Kyuss, released in 1992. While the album received mainly favorable reviews, it fared poorly commercially, selling only 39,000 units. It has since become a very influential album within the stoner rock genre. It was the last Kyuss album to feature bassist Nick Oliveri, who was replaced by Scott Reeder shortly after recording had been completed. Reeder had previously played with the Obsessed.

Blues for the Red Sun incorporates stoner rock and desert rock, and has been compared to such acts as Black Sabbath, Hawkwind, Blue Cheer, and Alice in Chains.

The Encyclopedia of Heavy Metal, has written that the album has influenced "countless" bands. Many consider Blues for the Red Sun "the template for 21st-century bands that have followed in the pioneering wake of Kyuss".