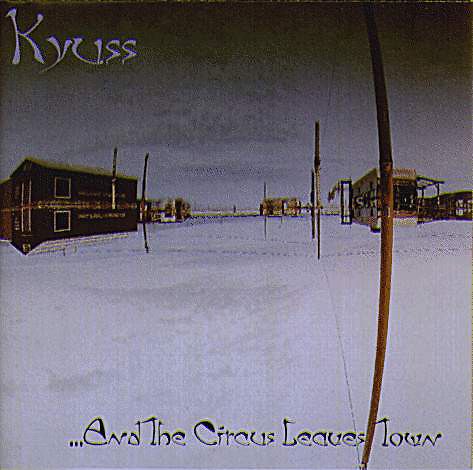 …And the Circus Leaves Town is the fourth and final studio album by American stoner rock band Kyuss, released on July 11, 1995, nearly a year before their breakup. Drummer Alfredo Hernández (Yawning Man) replaces Brant Bjork, who left Kyuss in 1993. The album features a tighter and more straightforward sound, both in songwriting and production, than the band's preceding efforts. Upon its release, …And the Circus Leaves Town was not as commercially or critically successful as the previous Blues for the Red Sun and Welcome to Sky Valley. Critic Dean Brown attributes this partly to a lack of promotion and the band's breakup, but also notes that the album "deserves to be cherished as much as the two molten hot records that came right before it." A video was released for "One Inch Man", the album's only official single.

The cover is actually an upside-down picture. The release has two hidden tracks after the song 'Spaceship Landing', there is silence for about 3:27 to the song 'M'deea' and another silent gap of 17:32 followed by the hidden song 'Day One'. 'Day One' was written for the remaining members of Nirvana. Track 10 was originally performed by Yawning Man.