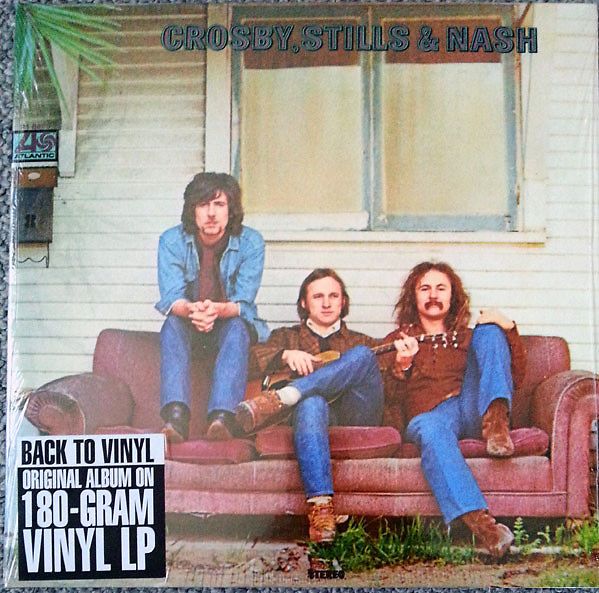 Crosby, Stills & Nash is the first album by Crosby, Stills & Nash, released in 1969 on the Atlantic Records label. It spawned two Top 40 hit singles, "Marrakesh Express" and "Suite: Judy Blue Eyes," which peaked respectively at #28 the week of August 23, 1969, and at #21 the week of December 6, 1969, on the Billboard Hot 100 singles chart. The album itself peaked at #6 on the Billboard Top Pop Albums chart. It was certified four times platinum by the RIAA for sales of over 4,200,000.