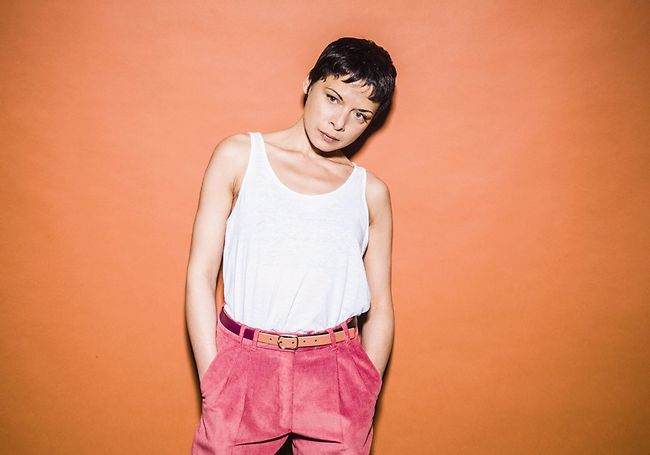 Mélanie De Biasio is a Belgian jazz singer, flutist and composer. De Biasio was born in Charleroi, to a Belgian mother and an Italian father. She learnt ballet from the age of three, and started playing the Western concert flute at eight. Being a fan of groups like Nirvana, Portishead, Pink Floyd and Jethro Tull, at the age of 15 she joined a rock band for a while. After three years of singing studies at the Royal Conservatory of Brussels, she was awarded a first prize with a degree of highest distinction. Soon after she graduated, Belgian jazz musician and saxophone professor at her Conservatory Steve Houben asked her to appear in concert with him, allowing her to play in numerous festivals and other large music events in Belgium which spearheaded her career and got her signed on Igloo records and later on PIAS.