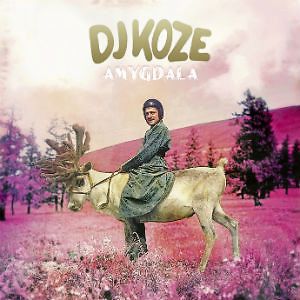 Stefan Kozalla's (=DJ Koze) first original solo album in nine years, featuring contributions from Caribou, Matthew Dear, and more! Amydala is described in its press sheet as Koze's Sgt. Pepper, and there's definitely some truth to that notion. Over its nearly 80-minute runtime, Koze's wide-eyed, kaleidoscopic brand of dance music veers from lush, end-of-night house timbres to pastoral, waltzy electronica. But even with the heavy reliance on guest spots, it's very much the single-minded work of Koze. Unexpected instrumental flourishes abound: brief bits of live bass emerge from moments of retreat, as do squealing horns, spring-like bells, and even what sounds like an un-sampled Marvin Gaye ode.