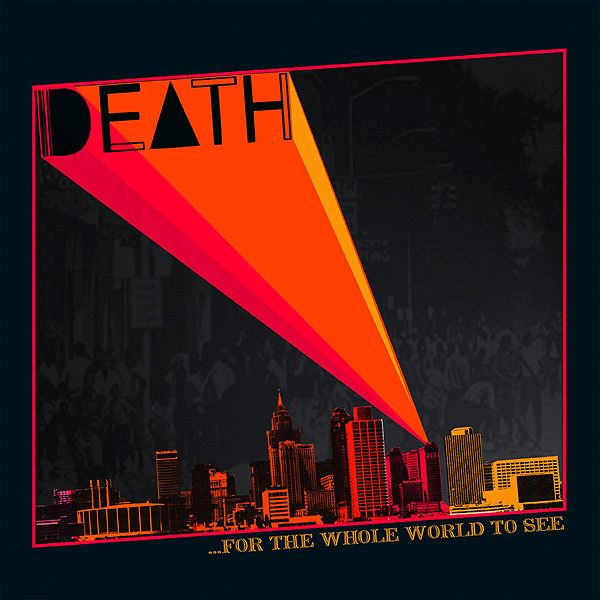 ...For the Whole World to See is a studio album by the American band Death, released in 2009, consisting of various demos originally recorded in the mid 1970s.

In 1975 the band entered a studio to record a 12-song album. After refusing to change their group's name, Death was turned away by Clive Davis of Columbia Records. Only seven songs were completed and the album was never released. The surviving songs were released as ...For the Whole World to See in 2009 by Drag City.

Jack White of The White Stripes related his first reaction to the album in a New York Times article: "I couldn’t believe what I was hearing. When I was told the history of the band and what year they recorded this music, it just didn’t make sense. Ahead of punk, and ahead of their time.”