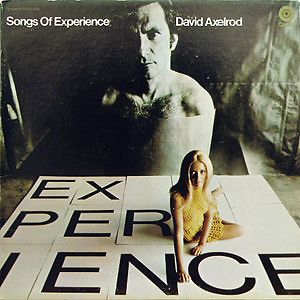 Songs of Experience is the second studio album by American composer and producer David Axelrod, released in October 1969 by Capitol Records. It was composed, arranged, and produced by Axelrod, who worked with session musicians such as guitarist Al Casey, drummer Earl Palmer, and conductor Don Randi. As with his 1968 debut album Song of Innocence, Axelrod composed musical interpretations of English poet William Blake's Songs of Innocence and of Experience, an 18th-century illustrated collection of poems.

A jazz fusion album, Songs of Experience explores darker sounds than its predecessor, as the poems Axelrod drew on for inspiration dealt with the darker side of humanity. Its music was partly inspired by composer Gunther Schuller's Third Stream concept. Axelrod composed Baroque orchestrations with rock, R&B, pop, and folk music elements. (source: Wikipedia)