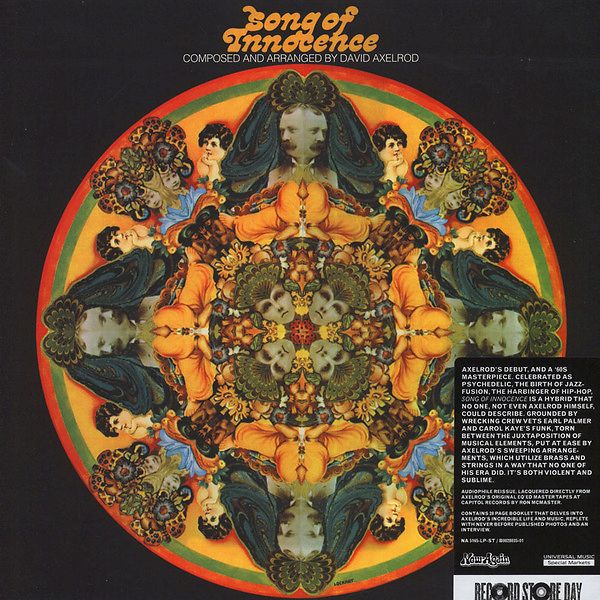 Limited edition for Record Store Day 2018 of David Axelrod’s debut & essential ‘60s masterpiece. Celebrated as psychedelic, the birth of jazz-fusion, the harbinger of hip-hop, the album is a hybrid that no one, not even its creator, could describe.

David Axelrod (1931-2017) was a producer, arranger and A&R at Capitol Records in Hollywood in the 1960s, working with artists Cannonball Adderley, Lou Rawls and David McCallum amongst others, alongside the infamous group of L.A. session musicians known as the Wrecking Crew. In 1967, for Reprise Records, Axelrod composed and “ghost-produced” the psychedelic rock album Mass In F Minor under the guise of The Electric Prunes. This surprise hit earned Axelrod a new audience, and the opportunity to release a string of albums under his own name back at Capitol.

His debut, Song of Innocence, is an essential, ‘60s masterpiece. Celebrated as psychedelic, the birth of jazz-fusion and the harbinger of hip-hop, the album is a hybrid that no one, not even its creator, can easily describe.