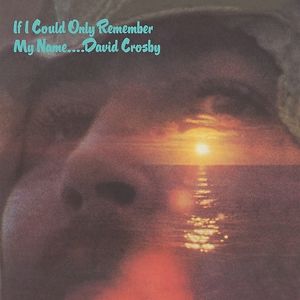 If I Could Only Remember My Name is the debut solo album by David Crosby, released in February 1971 on Atlantic Records. It was one of four high-profile albums released by each member of Crosby, Stills, Nash & Young in the wake of their chart-topping Déjà Vu album (along with Stephen Stills, Songs for Beginners, and After the Gold Rush).

Widely regarded as a cult classic, the album gained new recognition in 2010 when it was listed second on the Vatican's "Top 10 Pop Albums of All Time" as published in the official newspaper of the Holy See, L'Osservatore Romano.