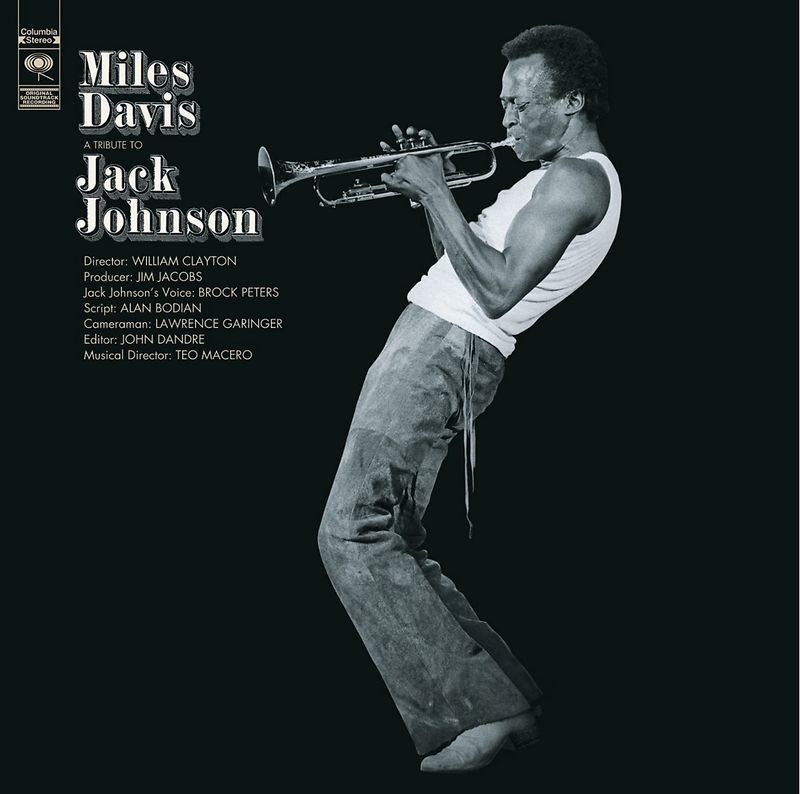 ‘A Tribute to Jack Johnson’ is the stunning album by jazz legend Miles Davis.

Originally released in 1971, the album achieved widespread critical ac-claim and is considered a turning point in Davis’ career. The album is widely viewed as one of his greatest records.

This remarkable album was originally recorded for Bill Cayton’s docu-mentary of the same name. The documentary is based on the life of American boxer Jack Johnson who was the first African-American boxer to become world heavyweight champion