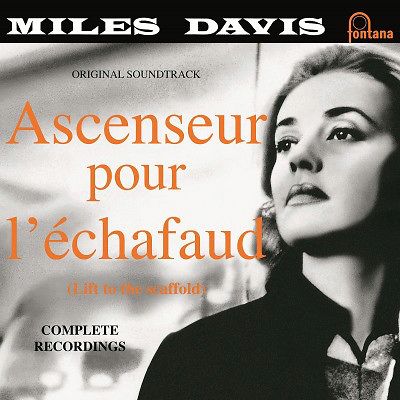 This recording evokes the sensual nature of a mysterious chanteuse and the contrasting scurrying rat race lifestyle of the times, when the popularity of the automobile, cigarettes, and the late-night bar scene were central figures. Davis had seen a screening of the movie prior to his making of this music, and knew exactly how to portray the smoky hazed or frantic scenes though sonic imagery, dictated by the trumpeter mainly in D-minor and C-seventh chords. Michelot is as important a figure as the trumpeter because he sets the tone, as on the stalking "Visite du Vigile."

While the mood of the soundtrack is generally dour and somber, the group collectively picks up the pace exponentially on "Diner au Motel." At times the distinctive Davis trumpet style is echoed into dire straits or death wish motifs, as on "Generique" or "L'Assassinat de Carala," respectively. Clarke is his usual marvelous self, and listeners should pay close attention to the able Urtreger, by no means a virtuoso but a capable and flexible accompanist.

This recording can stand proudly alongside Duke Ellington's music from Anatomy of a Murder and the soundtrack of Play Misty for Me as great achievements of artistic excellence in fusing dramatic scenes with equally compelling modern jazz music.