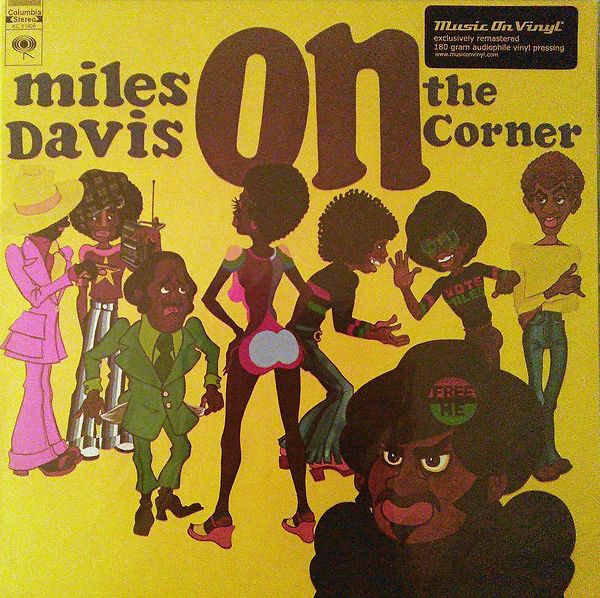 On the Corner is a studio album by American jazz trumpeter Miles Davis. It was recorded in June and July 1972 and released later that year by Columbia Records. The album continued Davis's exploration of jazz fusion, bringing together funkrhythms with the influence of experimental composer Karlheinz Stockhausen and free jazz saxophonist Ornette Coleman.

Recording sessions for the album featured a changing lineup of musicians including bassist Michael Henderson, guitarist John McLaughlin, and keyboardist Herbie Hancock, with Davis playing the electric organ more prominently than his trumpet. Various takes from the sessions were then spliced together using the tape editing techniques of producer Teo Macero. The album's packaging did not credit any musicians, an attempt to make the instruments less discernible to critics. Its artwork features Corky McCoy's cartoon designs of urban African-American characters.

On the Corner was in part an effort by Davis to reach a younger African American audience who had left jazz for funk and rock and roll. Instead, it became one of his worst-selling albums and was scorned by jazz critics at the time of its release. It would be Davis's last studio album of the 1970s conceived as a complete work; subsequently, he recorded haphazardly and focused instead on live performance before temporarily retiring from music in 1975.

The critical standing of On the Corner has improved dramatically with the passage of time. Many outside the jazz community later called it an innovative musical statement and forerunner to subsequent funk, jazz, post-punk, electronica, and hip hop.