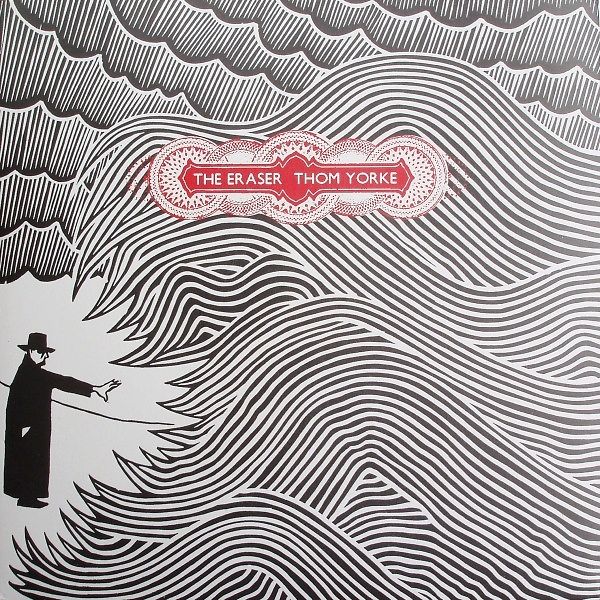 The Eraser is the debut solo album by Thom Yorke of the English alternative rock band Radiohead, released on 10 July 2006 on the independent label XL Recordings. It was produced by longtime Radiohead producer Nigel Godrich. The album comprises electronic music Yorke recorded during Radiohead's 2004 hiatus and between their 2005 rehearsals, and makes heavy use of original samples.

The Eraser was named one of the best albums of 2006 by the NME, Rolling Stone and the Observer, and was nominated for the 2006 Mercury Music Prize and the 2007 Grammy Award for Best Alternative Music Album.

Two singles were released from the album: "Analyse" and "Harrowdown Hill". It was followed in the same year by a B-sides EP, Spitting Feathers, and in 2009 a remix album, The Eraser Rmxs. In 2010, to perform the album live, Yorke formed Atoms for Peace with musicians including Godrich and Red Hot Chili Peppers bassist Flea.